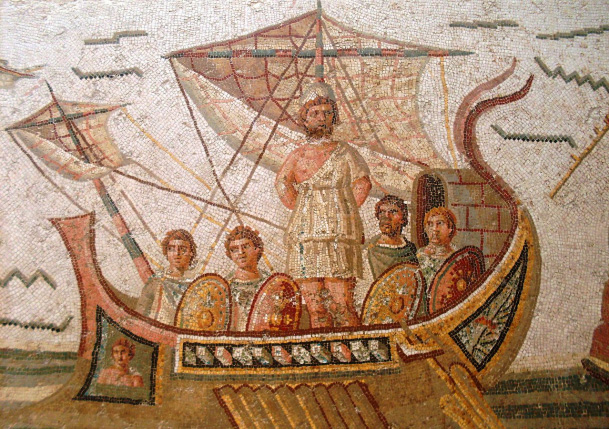 The legend of Ulysses in the Odyssey and the Jewish lady who built the synagogue on the island of Djerba are two stories that we invite you to explore during a 60-minutes cinematic session,

1_Short film of 10 minutes entitled "Djerba, the Siren of the Mediterranean islands"

2_El Ghriba's Jews, is a documentary of 50 minutes

In North Africa and more precisely on the South of the Mediterranean Sea, we find the island of Djerba

The Island of the Lotus-Eaters: Odyssey Drug Island Djerba was the lair of the lotus-eaters, Odyssey island, where addictive lotus plants grew. Odysseus encountered the lotus-eaters on his long journey home.

They offered him and his men food. But, unknown to them, the lotus there were all happily munching and stripped them of all desires, leaving only the urge to ingest the fruit.

They were trapped on an island where time seemed to be forgotten. To further understand this, we must go back to Odysseus’ Journey to Ithaca.

Around 587 BC. J.-C., the island welcomes Jewish refugees after the destruction of the Temple of Jerusalem to join the Berber tribes who practice Judaism in the island